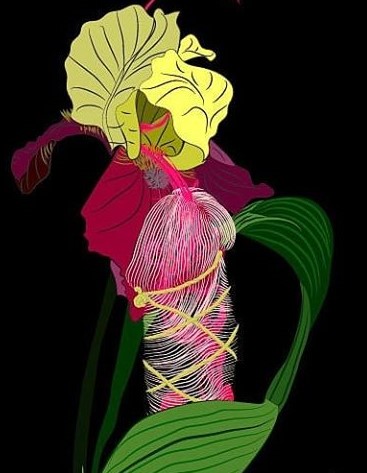 According to the ancient sacred tantric texts a lingam massage could only ever be carried out by a Eunuch(another man), see CHAPTER IX OF THE AUPARISHTAKA.  If a woman carried out the ritual it is called “Tantric Mouth Congress” and she obviously was not allowed to use her hands, because she would be using them for her own glorification. So that is the major difference of having your lingam massage by a woman or man.

Ancient tantrikas believed that the longer you are able to have your lingam massaged the faster you will be able to learn ejaculationSo having your lingam masaged by another man would make it easier to gain control. The most important advice I can give to any eunuch is to take huge big deep breaths. Accept the pleasure, surrendering, and allowing stillness and patience. It’s that simple. Every second is a celebration of righteousness. Male to Male Lingam massage is an art. It’s something you have to really work at and practice but it worth the effort, believes me.

Hartman and Fithian, who were pioneering sex researchers, concluded that men who can LAST for 20 minutes can make love for as long as they want with their partners. The most important advice I can give to any-one who wants to wank for longer is that the secret is drinking lots of water with a touch of lemon, and loads of honey, and some drops of olive oil in each glass, and most importantly dance yourself silly, until you fall down, dance, dance, dance, and then fall down again, then you can cunt-inue. Huge big deep breaths in through your nose, and out of your mouth. While urinating, practice releasing in spurts, cutting of the fluid in small amounts until you’re done.