For me gay tantra london is a dream, in which what I want to happen, happens…

This sensual dream has brought two things to my life that I never thought was possible, happiness and intimacy with other men that I find sacred, hugely rewarding, and deeply fulfilling on a spiritual level. Although I have to say I was a little pissed off when I first read about tantra. The idea that genitals were to be worshipped, and that sex was magickal and divine was something that I thought I was the first in the world to discover. I kind of thought it was my secret. The fact that people had discovered this philosophy thousands of years earlier, well, put me into perspective. Eventually, I consoled myself with the knowledge that I was continuing a celebration that was thousands of years old, and I have since used that as the foundation of my own beliefs. I see gay Tantra as a guiding direction, an inspirational source of infinite arousal. What I love about gay tantra is that it’s for everyone, and has something to say to everyone. All I needed to know was that gay tantra existed and then I automatically become gay tantric. It’s was very much of that moment, that realisation that I was not alone in my sacred dream. gay Tantra is always there to remind me that it’s all about my intention to excel, at making my dream. It’s not for me about authentic techniques, as I feel techniques are only there to guide my spirituality and sexuality into a celebration of what is the very essence of me. I felt encouraged not to hide behind my “technique” but to use it to allow myself a deeper sexual experience. I learnt to put sex and spirituality into context so that I could experience orgasms that could only be described as uncontrollable, juddering, screaming that re-connected me to my original self, where heaven was to bask in Gods love with no need to be described, as anything other than, that, that is tantric. Gay Tantra was my dream, that I gave myself permission to wake up to, allowing me to awaken to a liberated sexuality- a spiritual honesty that allowed my soul lots of love, lust, luck, and lingam. 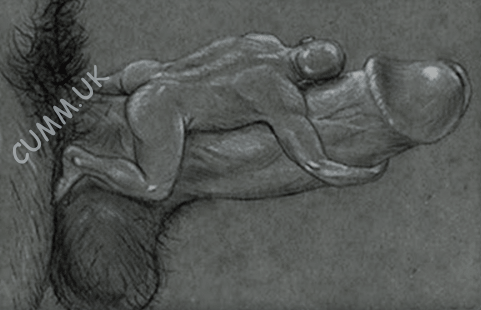 Gay Tantra has no set agenda for me, as I set my own f**k’n agenda.

Everything Is and Isn’t Tantrick Bi/ Mr Cox